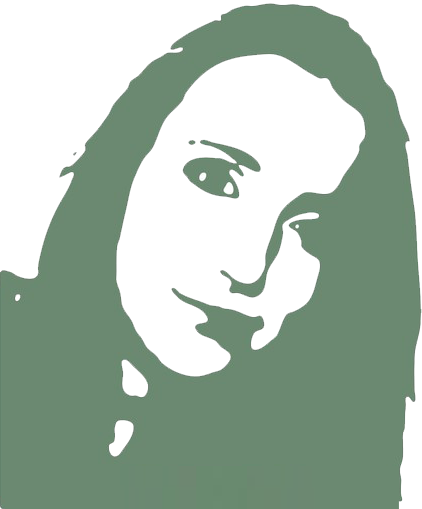 Made It This Time

ATE MALOU WAS on time. She did not have to ring thetarp bell a second time for I was out in a flash. She smiled as I emerged and so did the tricycle driver who was waiting with her. Our ride from my house to the highway was as easy as the jeepney journey to East Avenue. From there, we walked on Kalayaan Avenue towards Immaculate Heart Parish on Mahinhin Street. Bulwagang Claret, in the basement of the church, was the venue of the 2nd Collaborators’ Appreciation Event, the first of which I missed last year. Apparently, the organizers wanted to make sure I do not repeat the no-show. Robert Laurio, Claretian Communications Foundation, Inc. (CCFI’s) production manager, ym’d me about it; his associate, Lhai Abdon, twice e-mailed me of the same. I reassured Bob and her I won’t miss this one for all the tea in Sri Lanka.

We were early so found time to kill. We browsed the bookstore (where I picked up 5 books on sale, a practical steal) and took pictures of the venue later. Then M, the caterer, opened its coffee station. The aroma of brewed beans was so rich we agreed to surrender to temptation. At least, her diet-conscious self heaped her cup with creamer as I teased her with my basic black, the only way to enjoy good brew. Not the only thing good about M, for the sumptuous snacks at the end of the rites were exactly that.
Soon, Charo Garcia took the microphone and welcomed the audience warmly before asking them to rise for the Pastorale. Having heard and hummed with the opening prayer, the audience returned to their seats. Then the emcee called on Fr. Dennis Tamayo, CCFI Executive Director to deliver his welcome address. Fr. Dennis told us that “We are gathered again to say to one another that we are working together, not alone, because we feel one another’s presence and recognize what we have done.” He was happy to share with us the foundation’s 35 years of spreading the Word to the world and acknowledged the giftedness of authors, contributors, partners and collaborators in the publishing industry. He left us with a question: “With what is happening in the country, the world and the universal church, what can we contribute by way of writing?” While we mulled the interrogative, he enjoined us to relax, see and enjoy what was in store.
On the lectern later was Agie Inocencio with her presentation on their marketing perspective. She walked us through the foundation’s strategies – and staying power – as a humble force to embrace in the industry. She mentioned that Fr. Dennis had just returned from an international book fair in Frankfurt as a means of not only buying publication rights but also selling the Filipino writer to the global market. A fact later underscored by Bob. She gave us a sampling of a book trailer on Tuliro, a collaboration with Catherine. Contrary to her droll disclaimer that it was a boggler, the trailer was in Tagalog so was easily understood. It was also rendered with a feminine fancy and gave it charm difficult to not relate to. More so when Agie mentioned Celeste Legaspi which was as dead a give-away as one could get. Then she enumerated a listing of their publications that sell and why they do.
Charo announced a film showing that highlighted the last CSCBA awards ceremonies which was followed by a modern dance number by the foundation’s younger generation.
Up next was Marie Inocencio, feeding us with inputs on a recently-conducted focus group discussion with millenials (young adults in the 2000s) vis-a-vis the growing awareness of the reading media. If this can’t-stay-put, bouncy, liberated, open-minded me-generation cannot interact with society because of technical gadgetry, it is our job as writers (and theirs as publishers) to bring back to these echo boomers the essence of family and history. Only then can their mababaw na hugot have depth. And our task fruition.
The emcee introduced Genesis Liporada, Editorial Assistant and Special Projects Coordinator, as the man who has the updates on filcatholic.org, the foundation’s publication on the web. Its viewers reach 4 million worldwide and 17 million in the Philippines. Most viewed, he said, is the daily gospel, for good, spiritual reason, a significance that keeps the universe moral. He projected on the screen some of the faces whose works appear on the website with an accompanying tidbit on each. I was heartened to see Ate Malou and me among the mugs.
Bob took the mic last to thank all the collaborators in the audience. He disclosed that the germ

of the appreciation night is owed to the grateful disposition of Fr. Dennis. During Genesis’ presentation, he acknowledged Ate Malou’s contributions and mine. It was all her bashfulness could do to hide behind Fr. Dennis beside her. Bob repeated the accolade, even (familiarly) addressing me by my PREX appellation, as though we were specifically designed to be there for the purpose. If Ate Malou, Catholic Mass Media Awardee, was modest enough to shrink under the pressure of the praise, I was too stiff with surprise to care (how can a hardwood be humbled). Which brought back last year’s reason why I was a no-show. Entirely my fault, I miscalculated her time of passing by the house and left for another appointment (regretting the wrong decision now). This instance was really meant to bring us together. If only to cause closure to a botched bonding.
She came by Tuesday morning, Odin in his usual leash behind her, to collect a long-overdue BEC t-shirt. Shooting the breeze, I asked her if she was going to the Bulwagang Claret. She said she was and I suggested we went together. That made her recall last year when she (and Kuya Sam and his tricycle) rang the bell and waited and our help came out and told her I had gone already. But she remembered it without rancor and was probably risking another stand-up but without misgiving. Maybe her clairvoyance confirmed that I was in earnest (I would belatedly apologize for a long-standing mistake). Surely she was as serious as the first time.
She was even nonchalant when we went through the stack of plaques on a table onstage and did not find one with her name on it. I knew she took it in stride because of the sunshiny spirit she posed in the pictures I took of her. (Lhai got wind of the honest oversight and took care of it.)
Because she is an artist, an author, a nurse, an educator, a poet, a dying advocate. Because she died and lived. Because she is a friend. And life’s too short for harboring grudges. And she was happy I finally made it. And we’d be a team again.
(We struck the friendship note during her writing of “Art and the Creation Stories.” She needed an editor to put together her rambling thoughts, for she pounds her keyboard as her mind works and often throws focus on basics and essentials to the wind; I volunteered. In the course of our immanent kinship, she introduced me to Bob. The rest is a prose-and-poetry history.)
From the bookstore earlier on the way to the bulwagan, she feigned chagrin that her fishball vendor was not around. We saw another vendor but he was selling kwek-kwek and calamares, both verboten to her disciplined diet. But she bought me kwek-kwek when I showed interest in it. For she had lost considerably good weight to care again for fattening food. Or bother being worried. Over trifles.
We took home a baggage of mutual mirth, rekindled reunion (both individual and collective) and spiritual serenity in excess. It was Kuya Sam’s tricycle who ferried us again, this time from the tricycle station to BF Homes. We parted at the Holy Spirit Parish. She said she will head towards the adoration chapel. To give thanks, I thought. As I definitely would. Back in my little prayer nook.